Pastor Traci Parker holds a photo depicting where Woodland Drive-In Church was once located. Wind, ice and a fresh powdering of snow greeted worshippers during a recent Sunday morning that made driving to Woodland Drive-In Church a bit of a white-knuckle experience. But that didn't stop hearty souls like Solomon McSwain from getting out of bed and giving God praise.

People are often drawn to Woodland Drive-In Church because of its relaxed, nonthreatening way of attending church — inside the familiar environs of their vehicles, where's it's not uncommon to see tail-wagging pets tag along with their owners.

A way to have space 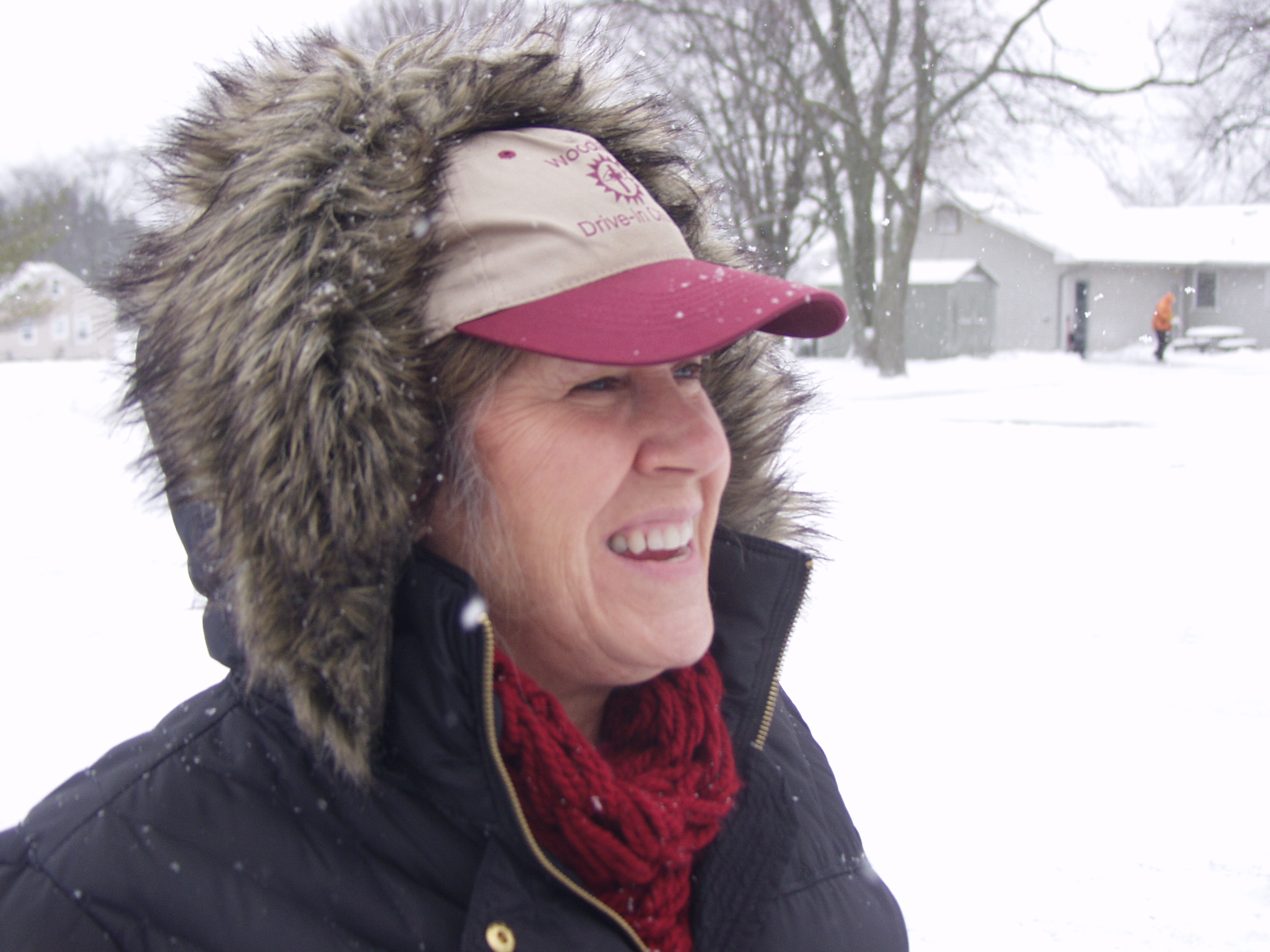 "Some have spouses who have trouble sitting in a pew or a spouse with dementia and the typical church interaction doesn't fit for them anymore," says Parker.

"We have people who have come here who have suffered grief because you come back to your church community after losing a spouse or a child and sometimes it's just so overwhelming because your friends and your social structure don't know what to do with you because you're so sad and this is a way to have a little space and not have to answer all the questions," adds Parker. "We also have residential homes in the area that will bring their vans and residents are really able to enjoy church and feel love here. Also there are people who have social anxiety or have had bad experiences at church they're able to come to church and begin to make that re-acclimation to healing." 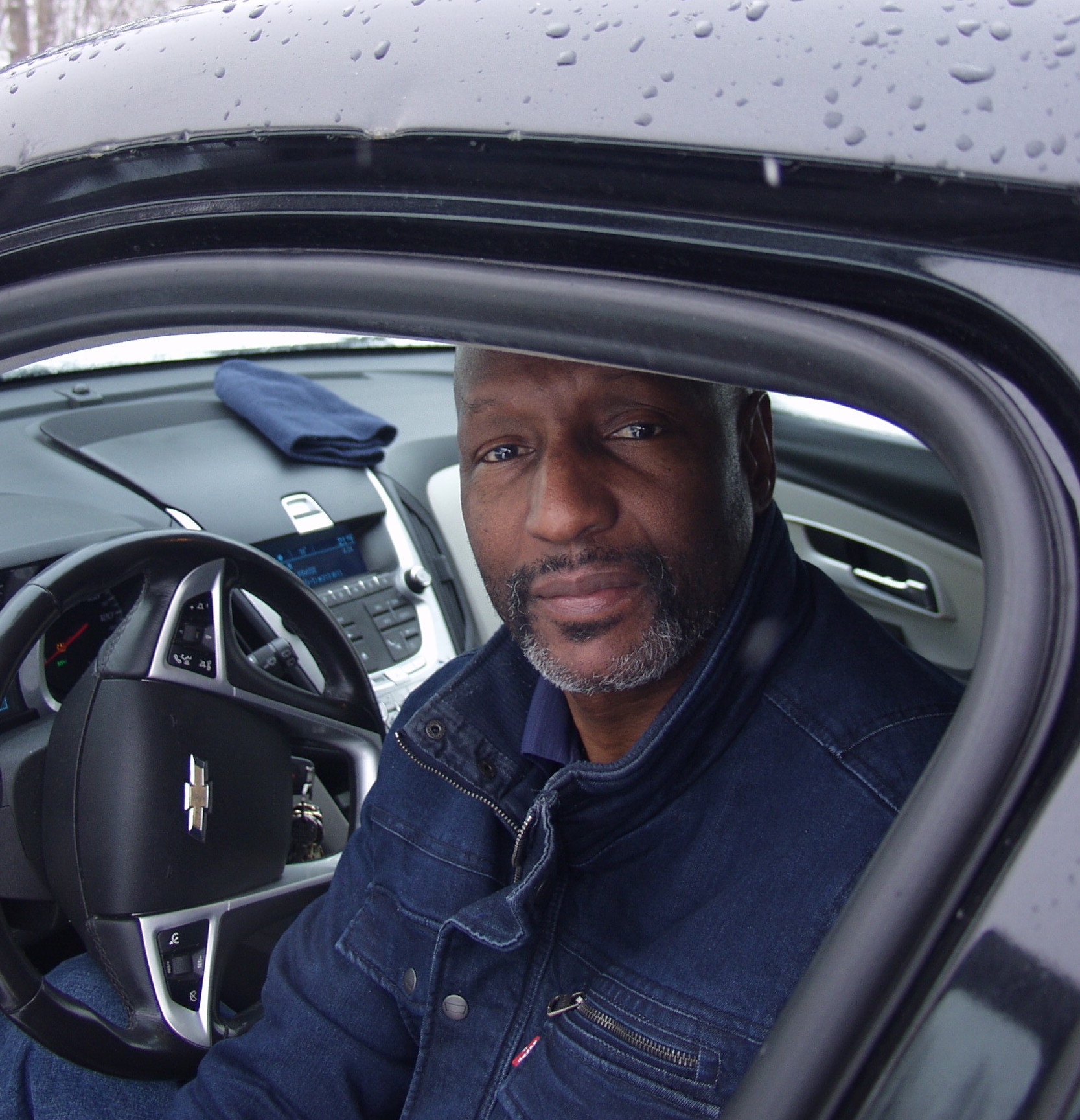 Solomon McSwain says the drive-in services give him “peace of heart.” The church is an outreach ministry of Fifth Reformed Church in Southeast Grand Rapids. It was launched in 1970 by then-pastor of Fifth Reformed Rev. Ray Rewerts, who got the idea of an outdoor theater church from Crystal Cathedral founder the Rev. Robert Schuller, whose first church in California also was a rented drive-in theater.

Now deceased Jack Loeks offered the use of his Southeast Grand Rapids theater. Services initially were held only in the summer the first two years, but it's been a year round ministry ever since.

It's was a radical idea back in the day, but not to those who attend its services.

"A lot of the regular people have been coming for 20 years," she says. "People think of us as their church, their community, even though people on the outside looking in can't see the levels of attachment."

A sense of community 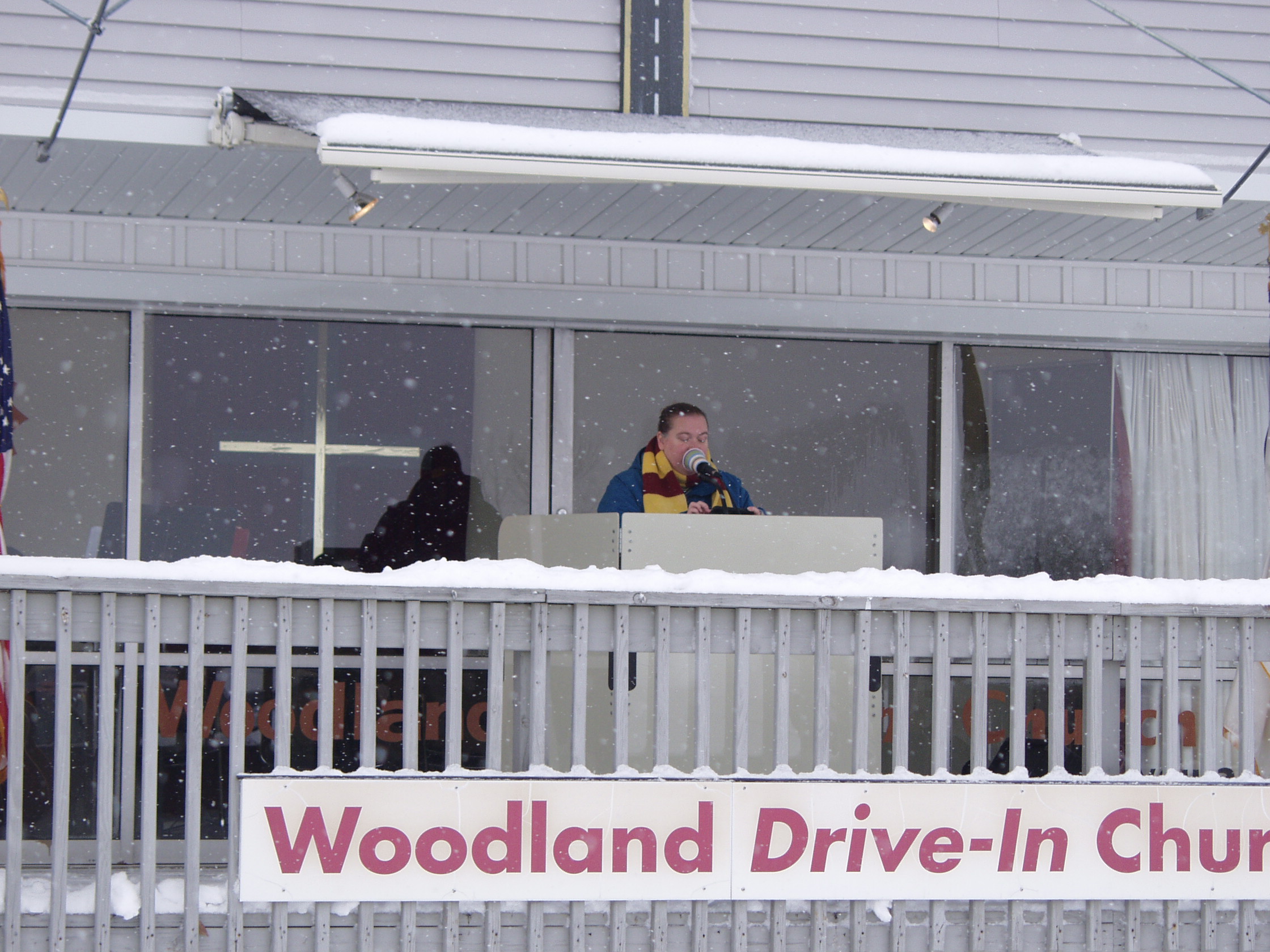 Pastor Parker delivers her message at an outdoor porch. Its sole 11 a.m. Sunday service attracts an average 120 people. And even though it stopped gathering at the shuttered Woodland Drive-In Theater more than 30 years ago, the church has retained its identifiable moniker.

Services have been held at a five-acre site at 2600 Breton Road SE its mother church owns, Fifth Reformed. Hearing the service via speakers hanging inside car windows were replaced with tuning to a low-wattage FM radio band.

This is Parker's first pastorate since graduating from Calvin and Western Theological seminaries.

"There's a sense of community here even though you wouldn't expect that," says Parker. "We were surprised at that and it just felt like home from the get go.

"What's nice is they can choose the level of interaction. Some of the people who have anxiety issues one week will be able to interact with people just fine but another week it's just really hard." 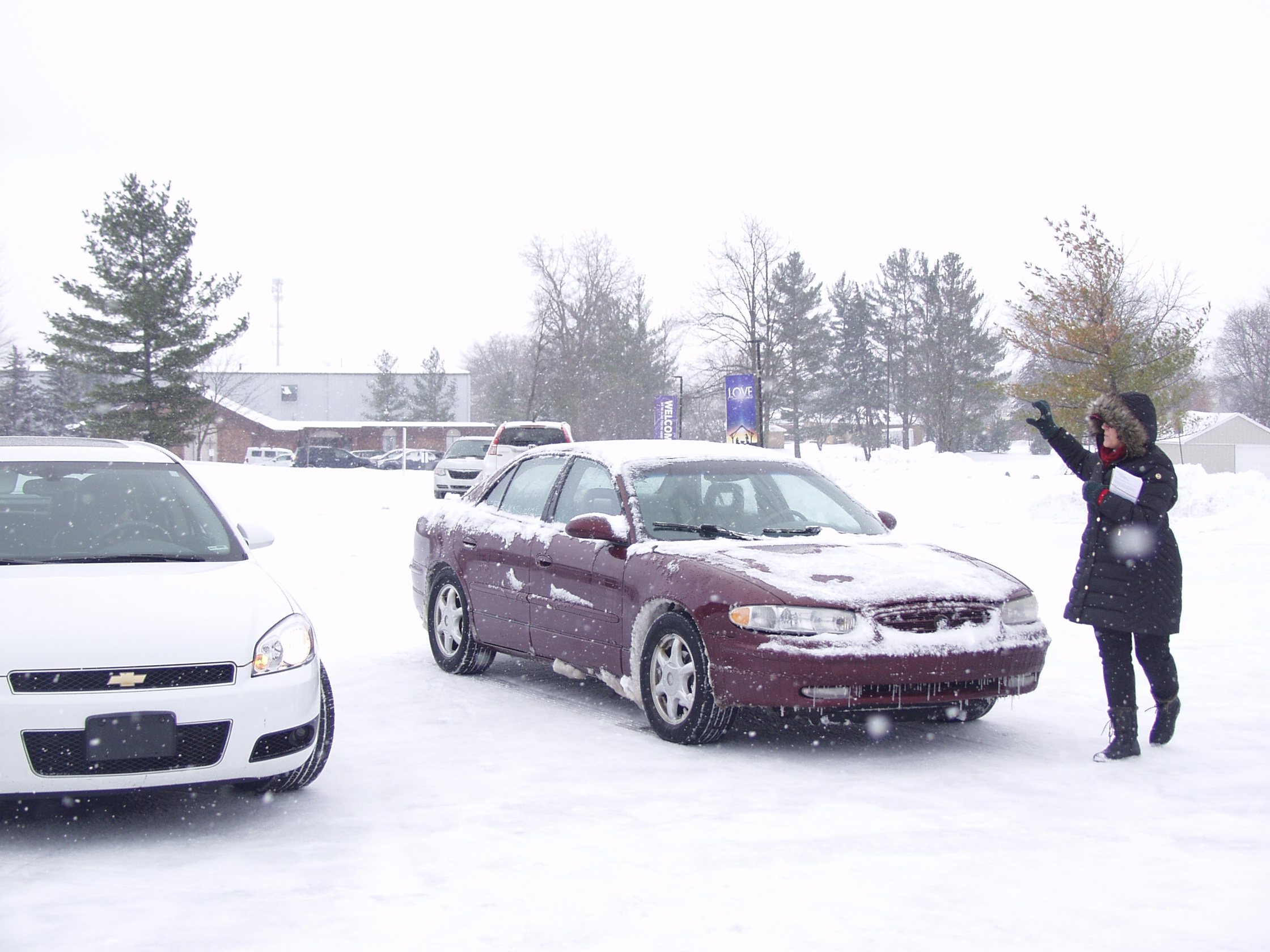 Marianne greets drivers with a smile and a church bulletin.Dressed in warm winter gear, volunteers such as lot attendant Marianne (she declined to give her last name) hand out worship guides to people who drive into the church's paved parking lot. Although Fifth Reformed is her home church, she volunteers twice a month at the drive-in church.

She loves the meet-and-greet aspect of her ministry.

"I love this place, I love God, I love serving the people who come here," says Marianne. "I remember the actual Woodland Drive-In and we had white Kentucky Fried Chicken buckets (for the offering). Do you know how people gravitate to their own pew? Cars gravitate to their own parking space. It's an environment for people who aren't comfortable in a church. I call this God's open cathedral. What better environment to be in than God's creation?"

Woodland Drive-In Church will celebrate its 50th anniversary in June. Parker says she has some new ideas for later this year.

'This year we're going to try to do an Ash Wednesday in the cars," she says. "And reach out in other ways. One of the things in June would be to set aside a Sunday and maybe the pets get their picture taken, call it pet Sunday."


Author Information
Author: Paul R. KopenkoskeyWebsite:
About:
Paul R. Kopenkoskey is a full-time freelance writer and editor for an assortment of publications including Grand Rapids Magazine, Grand Rapids Business Journal, and Faith Grand Rapids magazine. He has completed his first novel with the working title, Karl Beguiled. He and his wife, Barb, live in Wyoming, Michigan. They have three children and five grandchildren.